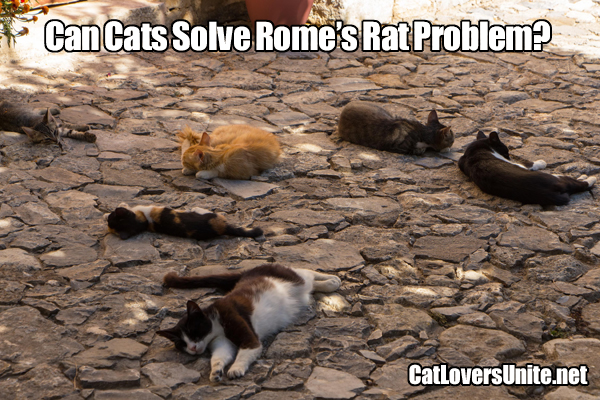 Antonio Razzi, a mayoral candidate in Rome, thinks he has a solution for Rome’s rat problem. Cats!

The first step would be to import 500,000 cats from Asia. You read that right – half a million! That’s a lot of cats, which makes me wonder – how many rats are in Rome? An estimated six million!

But… where would all these felines sleep? Who would feed them?

That’s where Rome’s ‘old cat ladies’ come in. (His words not mine! Are there no old cat men in Rome?!) Razzi figures these ladies could feed and provide a home for the cats. He would even consider giving them a supplement for doing so.

What do you think of Razzi’s idea? 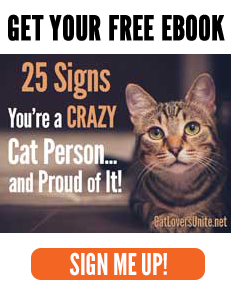 Copyright www.catloversunite.net
Join the Mews! Get the "25 Signs You're a Crazy Cat Lover" ebook!
JOIN HERE